Judo is an art and a sport, a means of defense, and equally, a means of offense. Like Jujitsu, its forerunner, Judo is a method of turning an opponent’s strength against himself, thus defeating him in the most efficient manner. One will learn to employ specialized principles of movements, balance and leverage to (1) throw an opponent; (2) hold an opponent on the mat; (3) apply a submission/choking technique, and (4) apply arm submission hold on an opponents elbow.

The underlying concept of Judo is that an advantage can be most effectively obtained by giving way to an attacking force. An opponent’s own movements are utilized to obtain an unbalanced position from which the other person may execute a successful technique.

Classes in Beginning, Intermediate and Advance levels are offered each semester. At the conclusion of each semester, students will have the opportunity to compete and host the City College of San Francisco Invitational Judo Tournament. All classes are co-educational. Classes are 1 unit credit.

Students must be enrolled at CCSF to participate in Class. 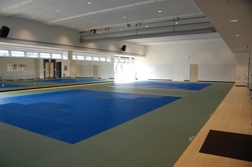 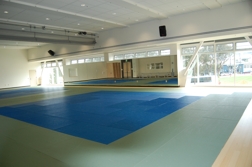 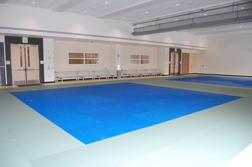 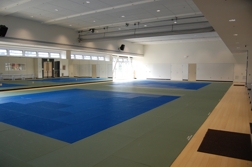